An Interview with a Hobbyist, part one: A Talented Fellow

Welcome to The Asylum's first interview ... and we're kicking off in style! 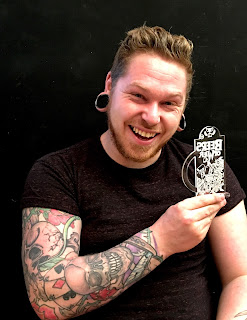 Luke Fellows is a commission painter who's really making a splash. With content that includes unboxing videos, battle reports and tutorials on terrain construction, his YouTube channel enjoys 16,000  subscribers and features videos attracting in excess of 8,000 views. Not content with this, he's also a professional musician in the band Twice Nightly and he's the brains behind February's inaugural Beers of War tournament. We're pleased to say he's taken some time from his busy schedule to talk to us here in The Asylum.

Can you tell me a little a bit about your background and what first attracted you to the hobby?

My mum bought me the 5th Editon Warhammer Fantasy set (the one with the Bretonians and Lizardmen) when I was 8 years old. You can imagine how well they were played with and how badly they were painted.

After that I pretty much forgot about wargaming. I made a very brief return when I was 16, but soon got bored after a series of awful experiences being ‘taught’ how to play at the local GW shop. My first experience was going down with the five Terminators and Dreadnaught I’d painted up because I thought they were cool, but the store manager refusing to teach me how to play unless I bought some ‘core choices’ and fielded a legal army. He didn’t understand that I just wanted a feel for the game. It was a sour experience which led to me learning from my brother Lee instead. I lost interest soon afterwards.

Three years ago, however, I started again after talking to my brother about having a lot of free time on my hands as a working musician and only working weekends for most of the year. I said I wanted to try wargaming again, but something that wasn’t 40k or Warhammer; something cheaper and with simpler rules. We did some browsing and settled on Bolt Action.

Long story short I then painted my first miniatures in years just using some simple techniques I picked up online, and posted them here and there on the internet. My officer model got over 100 likes on one page and people were shocked at how well I did for someone with very little painting experience. A lightbulb went off and—as I did with music—I set about seeing how I could make money out of something I enjoy, so I started doing commissions. Soon people were asking me for videos on how I do things, and so I created my YouTube channel. 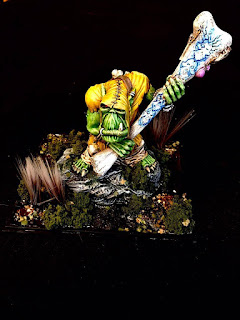 I wouldn’t say I’m gifted. I think to a certain extent anyone with one hand, a set of brushes and paints can learn to paint to a good standard, especially at 28/32mm scale. It’s just about technique. I learnt by watching countless hours of YouTube videos and deciding what I thought was a waste of time and what wasn’t in order to paint a miniature I was happy with.

E.g. I won’t spend time doing the iris and the pupil on a miniature of that size, or going round the entire miniature highlighting every dimple and arse crack when you can achieve almost the same effect with drybrushing, a wash and glaze, using trios of colours and contrasting those colours to make the mini pop from four feet away. That’s the key to a good looking miniature.

I would definitely say doing decorating, fine arts and antique furnishings/restoration clued me in on things like drybrushing, glazing, thickness of paint, types of paint, stripping, spraying etc. I had all this basic knowledge before I even applied it to miniatures. 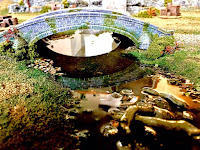 Your YouTube channel—Luke’s APS—is pulling in a ridonculous amount of subscribers right now. Any idea why?
People already knew who I was via the Kings Of War Fanatics on Facebook, and I think what really helped. People also really started to pay attention when I knocked out a 2000pt Slayer army within a week and then went to win Best Painted at my first tournament.

I like to think the growth of my channel is reinforced by a combination of my personality and informative content. Also, it isn’t all down to me. I’ve had help from people such as Asylum Wargaming’s very own Spud the Wargamer Viking, Pezapoo etc. That helped me become established and ‘accepted’ within the online community.

Here endeth part one, Inmates. Be sure to join us on Tuesday night when we bring you part two of this illuminating interview. You'd be mad to miss it. 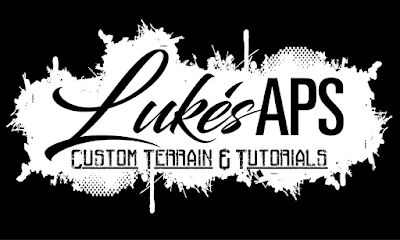 Posted by Asylum Wargaming at 17:39